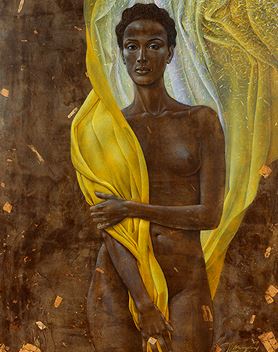 Originally written for and published on Stop FGM Now!

It has been 12 years since Waris Dirie published her book “Desert Flower” and thereby raised worldwide awareness of the horrible crime that is still happening in African as well as a lot of other countries in the world. A lot has happened since: Laws were passed, which declare the circumcision of women to be a crime, information campaigns have been started to inform women and men about the risks of the practice, and still: Every 11 seconds somewhere in the world a girl becomes victim to FGM, even in regions, where the psychological and physical risks of the procedure have already been explained.

Many people in Western countries cannot understand: why don’t governments just pass laws and severely punish people who act against them? And even if they do, why do these laws show no effect? Why are still so many people of the opinion, that the genital mutilation of the woman is the right thing to do, despite all information they were given? In order to answer that question, it is not enough to look at the superficial facts, but it is more important to understand how deeply the circumcision of women and girls is embedded in cultural and religious life in those regions. The tradition is over a thousand years old, and the people involved in it (men and women alike), that subject their daughter to that horrible practice, do not do it with the intention to hurt or damage.

They are of the simple opinion that they are doing the best for the child. Why? Responsible for this point of view is the idea of the ideal woman in the affected regions. A woman does not have any rights. Her only chance to be recognized by society is marriage. Yet, it is a fact that women who have not been circumcised do not have a chance to find a husband, because they do not fit the ideal image. An ideal, which is not that different from that of the Victorian woman that set the standards for Western women for a very long time in Europe and America: a woman has to be calm, show self-restraint and she has absolutely no sexual needs.
Seen from that perspective, African countries are not at all different from our Western societies 100 or sometimes still 50 years ago. Even as early as the middle ages, men forced their women to wear chastity belts if they had to go away from home for long periods of time, just to ensure that their wives remained faithful to them. Far into the 18th century, women who were too open and forthright were persecuted as witches all over Europe.

In Germany, the image of the good housewife that lasted far into the 1950s was one, that required the woman to stay home, not to work and be entirely devoted to the needs of her husband and children. Even in the United States, the country of liberty, that, for the first time in modern history, established human rights to be part of the constitution of a country, women had to struggle for several centuries; only as late as 1924 were they able to gain their right to vote. For centuries, women had to fight to gain their status as free individuals with a right of self-determination in our Western societies. And just that is happening, slowly but constantly, in Africa. The fight against FGM, and the raising of awareness are not futile! Many women have already stood up against the tradition and decided not to subject their daughters to this horrible procedure. But those women face problems and often even dangers. Girls who are not circumcised are still considered to be impure, and therefore become outcasts of society.

Laws against FGM cannot always be effective, because many women, especially in smaller villages, do not even know that these laws exist. Aside from that, circumcised girls have become such a strong ideal, that laws are often simply being ignored. If there is nobody who raises a charge, there can be nobody to prosecute or be prosecuted. That is why explanatory work, and especially support of those women, that do stand up against FGM are the most vital aspects in the fight against that horrible tradition.
A sexual revolution can only take place if the ideal image of the woman changes. It will happen when independent women with a right of self-determination will no longer be considered as inferior and impure, but rather stand out as strong and equal sustainers of African societies. To achieve this, the image of the woman as it is today has to be abandoned and replaced by a new image in the heads of the men as well as the women.

Women have to be courageous enough to stand up against the cruel mutilation of their bodies, and while they are doing so, they have to be supported by organizations. That is the only way for the fight against FGM to be successful. Every single girl, who can thereby be saved from this horrible torture of having her genitals mutilated, is worth the fight every day anew. Every single day, the affected women have to be talked to and encouraged, so that someday they can proudly stand up and say loudly: STOP FGM NOW! 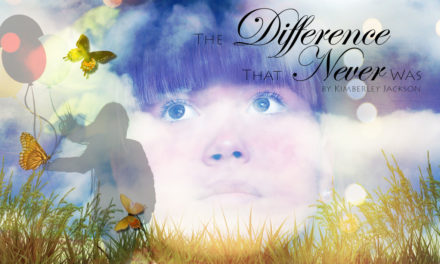