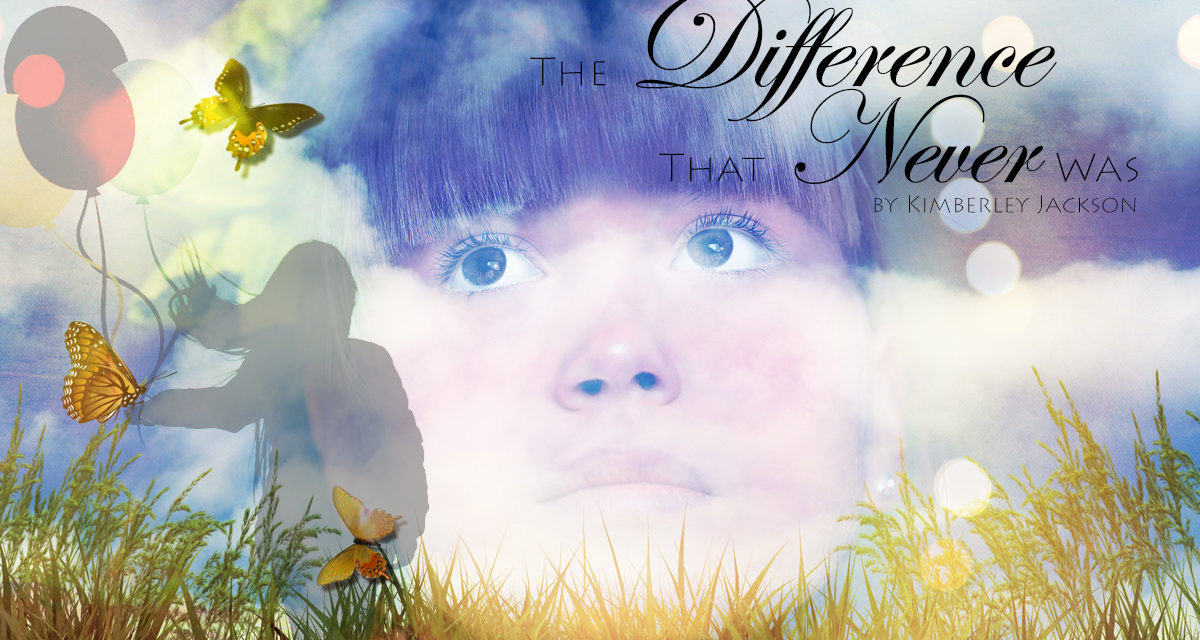 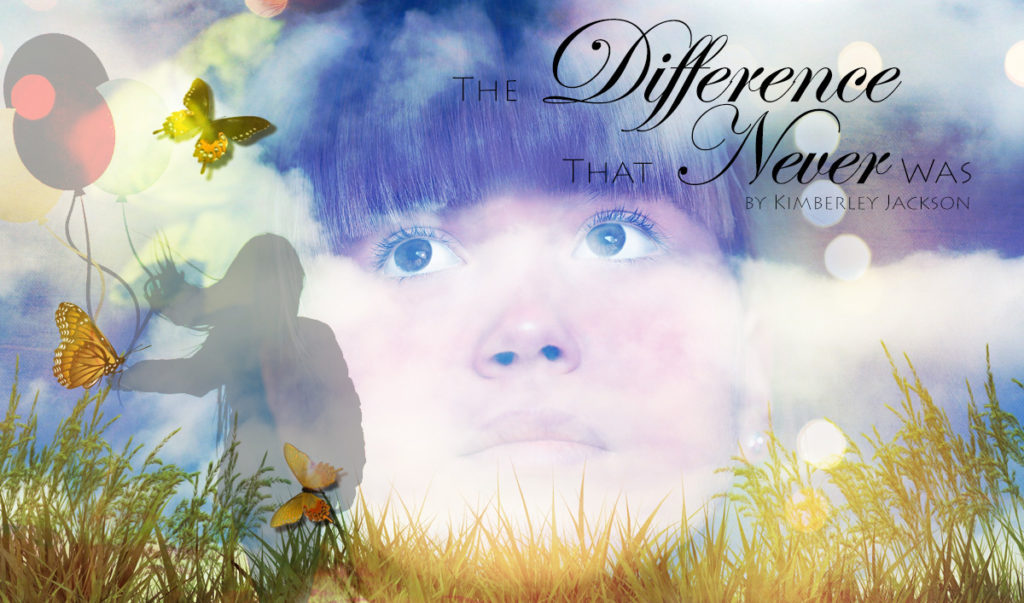 A while ago, somebody encouraged me to practice writing more autobiographically to improve the depth of my writing in general. This is what came out of it, but at the time I filed it away. Today I found it again in my writings folder, and I liked it enough to be comfortable publishing it. So enjoy.

It’s an odd kind of hybrid between short story and non-fiction article dealing with the topic of racism. But see for yourself.

Once, there was a little girl. A happy, cheerful, and clumsy thing, really. Full of dreams, hopes, and idealism. She attended preschool and elementary school in a big city, in a district with a very high population of immigrants and refugees. Her best friends were Cornelia, Min-Ji and Katja.

These kids spoke different languages at home, but that was as insignificant as the difference in their hair colors. If anything, it was exciting when they visited each other and learned words in another language, or tasted new foods that their own moms never cooked at home.

The girls spent most of their time together, played catch or hide and seek during recess, defended each other from mean LEGO thefts by upper-classmates during recess, and did all the things that BFFs do at that age.

They equally split the candy that Min-Ji’s parents, who owned the restaurant at the end of the street, gave to them. They traded Ariel stickers so each of them would manage to complete their Panini sticker collection. They stared at the summer sky together one afternoon, lying on the single tiny patch of grass in the inner courtyard belonging to their house block. For every butterfly that flew by high above, they told each other one of their dreams: where they wanted to go when they grew up, which job they wanted to do, and what they wanted to achieve in life. The sky seemed endless, as did the possibilities in life.

They shared everything. The crazy ideas, the joys, the fears of running from the block’s bully, and even tears.

And then everything changed.

The little girl’s parents moved to a tiny town out on the countryside, far away from the big city. There, for the first time, she encountered the concept of being different.

Without realizing it, she began to think of Min-Ji as ‘the Chinese girl’, of Cornelia as ‘the Yugoslavian girl’, of Katja as ‘the Italian girl’, and of herself as ‘German’. And in adapting the concept of difference, she created an invisible line of separation.

Still, during all those years she spent there, the little girl inside her remembered that the best friends she’d ever had had never cared for where any of them came from, or what language they spoke at home. That it had never mattered. That reality hadn’t matched all these weird stories she heard now.

That little girl was me.

When I was 10 years old, my parents moved from Berlin to Detmold, a very small town in Western Germany, where I spent the next 10 years until I graduated. After my graduation, I returned to Berlin to attend university.

Despite priding ourselves on our open societies, we are all, each of us, exposed to that kind of propaganda through the media, at schools and in our social circles. No matter how open-minded we try to be, these indoctrinations constantly come back to haunt us. The dangerous part of that kind of racism is that it doesn’t come under the guise of open hatred or anti-Semitic propaganda. It comes under the guise of claiming to be truth.

I am constantly aware of differences. Awareness enables me to fight that ugly monster inside, but it takes daily effort not to fall victim to the ‘fear of the other’ propagated by the media, politicians and our society.

Is she still inside somewhere?

She must be, because it feels as though I still have the power to see beyond the perceived otherness and recognize our similarities. But do I really? Some days I’m not sure of anything anymore. After all, seeing beyond something and not seeing it at all are two very different things.

When I think back to those times where I could just be, without cultural prejudice, I wish I could undo the indoctrination that taught me to create that invisible fence of difference between us.

Whenever I hear people talk about how refugees or foreigners are not like us—that they don’t fit into our culture, or that Muslims have no place in Germany—I think back to that little girl twenty-three years ago.

And I can’t help but think: If four little girls could play and laugh together, share their hopes and dreams, and stick together without a cultural Armageddon occurring, why have we as adults forgotten how to do that? Aren’t we supposed to be more reasonable, more diplomatic, and more skilled at conversation than kids?

When did the point arrive where we stopped dreaming together and instead built our dreams on the concept that we were somehow more entitled than those who used to be our friends? Aren’t we all united by the aspiration of finding a little bit of happiness in this cruel and crazy world?

I once read a quote in an advertising campaign: “Kids would never come up with the idea to hate each other because of their skin color on their own.”

I’d like to tell myself that contemplating this issue is proof she’s still inside somewhere. But the differences I created have separated me from her too, and so all I can do now is wave at her from afar and hope that someday, she’ll forgive me for betraying what she—what we—used to believe in. That she’ll forgive me for imagining a difference that never existed. 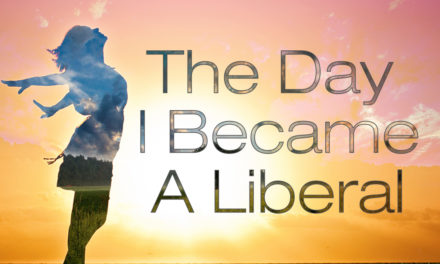 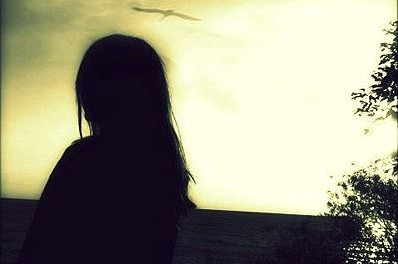 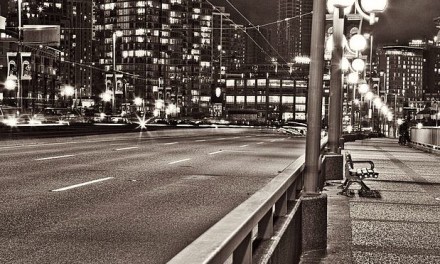 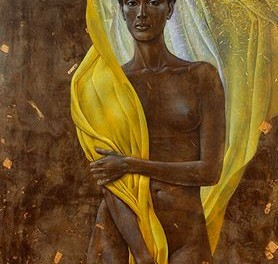