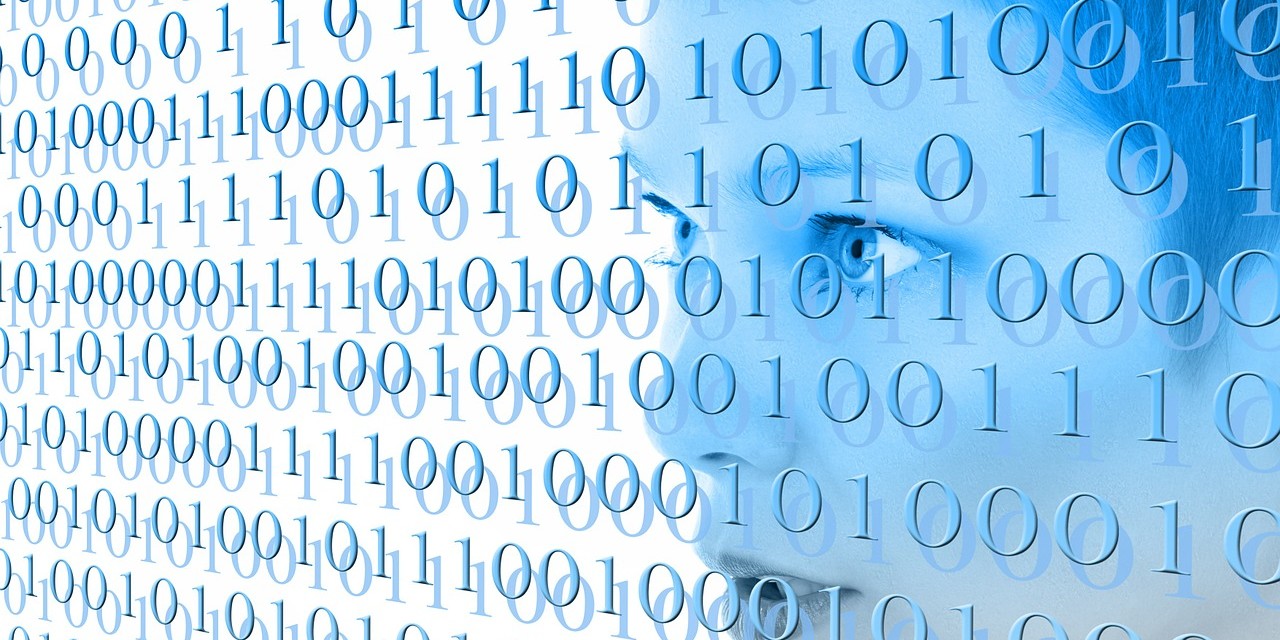 In times when acronyms like ACTA, COPA and CIPA float around the web in every other forum, you might have begun to wonder: online privacy? What’s that? I thought I’m always anonymous when I’m surfing the web unless I sign up for some service.

I’ve been talking to a few friends and colleagues recently, who shared that same opinion, so I figured, it’s time to make this an article. When we hear about censorship, we immediately think of China or North Korea. The sad reality is that censorship is happening in every single country on Earth: in some to a lesser extent than in others. And only the worst keep hitting the media.

Online surveillance has become reality in most Western countries, even in the United States and large parts of Europe. So called ‘net neutrality’ is being discussed on an almost weekly basis. But what does this all mean?

Here’s the reality of the situation: As soon as you log onto the internet from a device (tablet, laptop, smartphone) your computer can be identified using your computer’s IP address. The IP address is a numerical label that is unique for every computer or access. That means, your IP address serves to identify where you are (country and even town), and your ISP (internet service provider) usually has the remaining data, since you made a contract with them and they assign the number to you.

This means, even though you only opened your browser, immediately whichever website you enter know who you are, and where you are. Over-age customers can opt out of the filter simply by calling their ISP. Problem solved? Again, not quite. A filter like that is only possible, because your internet service provider monitors your internet activity at every single moment. That means, they know (and often save!) every single web address you surfed to. Companies like Google even openly admit to using the information for evaluation. Even the private browsing features most internet browsers come with don’t change that.

The United States take it a step further as this kind of surveillance is stored on a governmental level. (We all remember the top-secret NSA information we gained through people like Edward Snowden.)

Now, what can we do to prevent third parties from watching what sites we surf? Or even just to prevent hackers from intercepting our data stream when we’re conducting online banking, or other sensitive e-business. The answer is simple and the technology is available to everyone—if you know about it.

A so-called Virtual-Private-Network (VPN) serves as an encryption port between you and your provider. That means, using a VPN, your internet provider won’t be able to monitor what sites you’re surfing on, nor will anybody be able to intercept your data stream.

This means, that you can circumvent any censorship or even speed reduction measures by provider.

For more information on the technical details about a VPN, as well as an excellent explanation, I’ve found this video which should make it clearer. On the hide.me website, you will find a more detailed overview of all the advantages of using a Virtual Private Network when browsing the internet.

For the longest time, a VPN was something only large companies and universities used to allow their employees or students access to the working environment. With the rise of debate about internet privacy, many providers of VPNs have started expanding their services to private clients.

One of those providers for example is hide.me. This is the service I myself have used for a couple of years now, so it’s the only one I can make a fair assessment of.

Hide.me is reliable and offers a wide range of servers in different countries. A selection of countries is very important, because you might not always need a server in the same country.
A personal example for me is, I love watching The Daily Show and The Colbert Report on the Comedy Central website. For some reason, though, for a little more than a year, I’ve been receiving an error message telling me “the content is not available in my country” whenever I try watching an episode from Germany.

Why? I have no idea, because I can access the content from the Netherlands, Switzerland or even Hong Kong. But in Germany the videos are blocked. I tried the hide.me service, set up a US-based virtual private network, and now I can get my daily dose of Jon Stewart and Stephen Colbert again. ;)

During the two years that I’ve used this service, I’ve never noticed any problems with hide.me. I often heard from users on other boards that their own VPN providers often had downtimes, cut off their internet or simply stopped working. Or they had trouble with billing, or their subscription.

But hide.me is always there, and it’s extremely easy to set-up. You don’t even have to install a third-party client, although the service offers the option and provides a client for Windows computers for download. You don’t need it if you’re versed in computers. Then it works simply by setting up another network in the Windows Network & Sharing Center.

In my opinion, the pricing is also extremely reasonable. They offer a free account limiting users to 2GB data transfer (which, if you use the internet a lot, like I do, is not much). Their cheapest package comes with 75GB data transfer, and starts at US$5.42 a month if you purchase the 12-month-subscription. But even if you buy the monthly subscription, the price of US$10.00 is extremely fair.

For those of you who are power surfers and want VPN protection all the time, they offer a Premium plan, where you have unlimited data transfer. The yearly subscription is a mere US$11.67 a month, whereas the monthly subscription is US$20.00.

Does that mean my internet connection is always unsecure?

If you want a short answer: yes. It’s more complex than that, though. Of course nobody is going to be interested in monitoring all your data transfer. (At least let’s hope companies and governments aren’t at that level yet. ;) ) But just the fact that they can is a bit unsettling, isn’t it?

I don’t always use a VPN to access the internet, especially when I surf from one of my mobile devices on an open wireless network (such as campus networks or hotspots for example). If I check for books in my library, or check my Facebook, I usually do it without VPN. Mostly because I tend to forget, but also because it doesn’t bother me as much (given the fact that Facebook saves everything anyway).

There’s some business, like banking, where I want some extra protection though. Simply because I think companies, and especially governments, should keep their noses out of my private mail and accounts. And we don’t want to make things all to easy for hackers out there, do we?

Imagine the postal office read every single letter that you sent out. Would you still claim you don’t care? Think of using the internet with or without a VPN like sending either a postcard or a letter through traditional mail. With postcards, you know, everybody will be able to read what you wrote. So naturally, you don’t put sensitive or too personal information in there, but make use of standard phrases that you don’t mind everybody else reading. “The weather is nice here.” “We spent all day at the beach yesterday.” You get the idea. ;)

If you need to tell another person more sensitive information that you wouldn’t want anybody else to read, you would opt for writing a letter instead. A letter is sealed and the information is enclosed. The letter is the equivalent of a Virtual Private Network.

So why is this not more of a thing? The problem is, people don’t know enough about the technology to understand the underlying problems. And that’s why acronyms like ACTA and COPA don’t bother a majority of people at all. If governments and the media called it for what it is—internet censorship or internet surveillance—you would probably be much more alarmed, wouldn’t you?

Well, that’s just the trick. Just like ‘enhanced interrogation’ sounds so much nicer than ‘torture’, ACTA or COPA sound so much better than ‘internet censorship’ or ‘internet surveillance’. Politics often is all about semantics. And it’s about choosing terms that will bore or confuse the general public so they think the issue doesn’t concern them anyway.

But internet surveillance and censorship concern all of us! Every single one of you is a user of the internet. As soon as you log online to check your emails, internet privacy should be your uppermost concern, because your data is your most valuable asset. 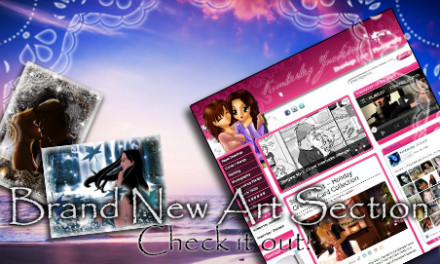 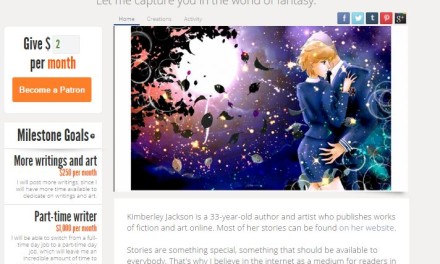 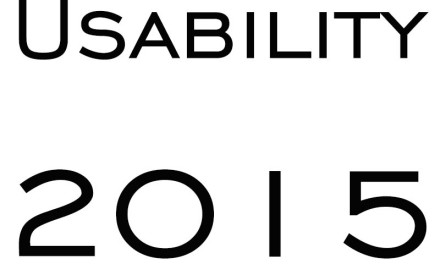 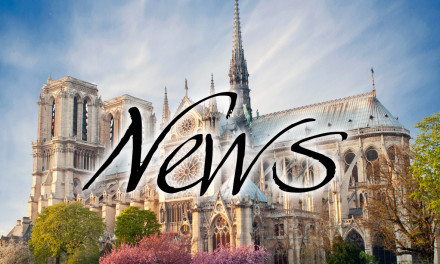