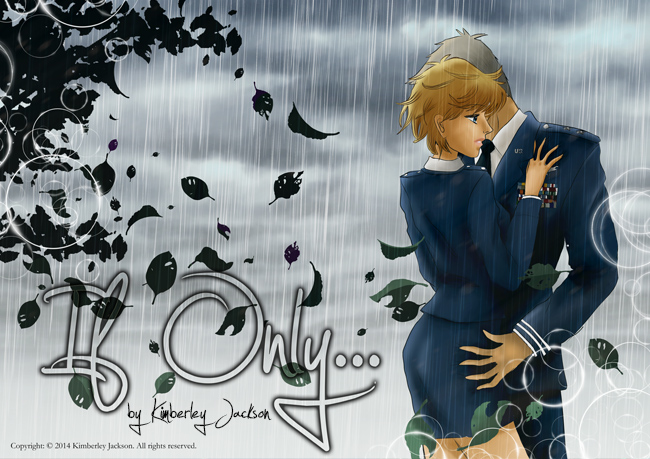 This is another version of the picture “Stardust”. I ended up creating two versions of the image, because I couldn’t decide. They are so very different in style and theme, that they need to receive separate entries. If you want to read about the process of creation, please look at the entry of “Stardust” since I covered the process of creation in detail there.

“If Only” is dramatic, and almost sad in tone. For once, the title suggests an inherent unfulfilled wish that could only fulfill if things were different. On the other hand – and I only realized that after the process of creation was finished – the image itself gives it away. It shows two Air Force officers – one General, one colonel of lower rank – in a very intimate embrace, with the female officer looking sadly at the symbols of rank on her male counterpart.

That alone sets the dramatic theme, because it is clear, that they share a forbidden love. The gloomy atmosphere, the rain and the falling leaves add to the sad atmosphere. In the high-res versions in print, it will be visible, that the female has tears standing in her eyes.

I love this composition so much, because it almost tells a story – if you have the neccessary knowledge of uniforms and Air Force regulations.

The theme was mildly inspired by Stargate SG-1, and fans might immediately realize that the title itself, “If Only” is a reference to the show, where it was used by General Jack O’Neill in connection with his romance with his second-in-command Sam Carter whom he was in love with. However, regulations and their ranks prevented them from pursuing a romantic relationship.

After I finished the drawings, I was left with two background choices. I knew I wanted to do something along the lines of galaxies, stars and stardust, but the original idea was, to create a starry night with the full moon overhead and the stars of the milkyway visible. Then – because the image does have a sadder tone to it in the expression of the female – I got the idea that I wanted to include rain as well. But rain, and a starry sky with the full moon overhead are mutually exclusive. So I opted for making two different versions of this image. “If Only”, which is this one, and “Stardust” which you can find on this page as well. 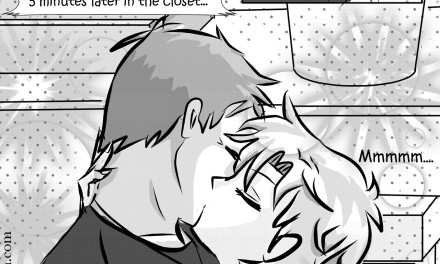 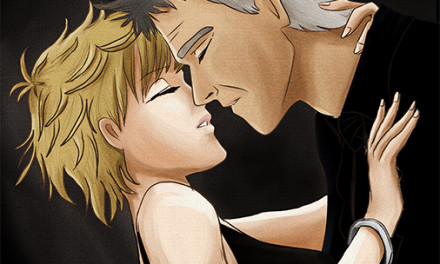 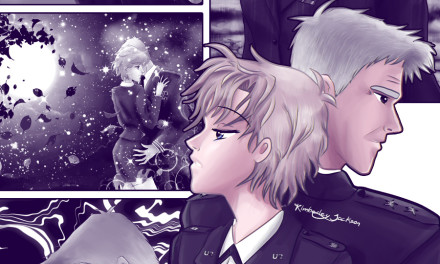 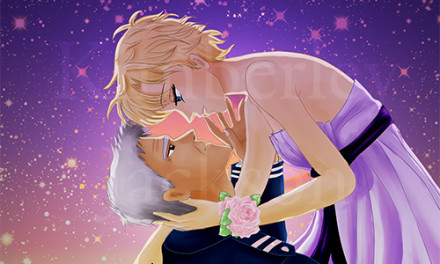