She was alone in the forest… all alone and she was afraid. The large trees around her seemed to threaten her. They seemed to get closer and closer together to imprison her in their midst.

“Mom… Mommy! Daddy!” Tears filled her eyes, and when she looked down she found herself standing in her nightclothes in the forest. The voices behind her got closer. The trees were against her, darkness was against her… they would betray her and tell the soldiers where to find her. She pressed her teddy close to her chest – the only thing she had been able to save from their house.

Over and over again she tried to run, but her legs wouldn’t move – her mind paralyzed by the pictures she had witnessed, frozen by the fear she felt inside. Suddenly, somebody pulled her into the bushes.

“Shhht… don’t cry… don’t move. It’s me…” Katya was there, her older sister by four years, covering her mouth softly with her hand and pulling her shaking little body against her own. Irina found Elena lying in her arms, sleeping. They heard the soldiers passing by and pressed closer into the depths of the bushes.

The men yelled orders to each other and slowly their voices went away. Only when they were merely whispers in the distance, the sisters dared to move.

“Where are mommy and daddy?” Irina asked under tears, her voice a hushed whisper.

Katya looked away, evading her eyes, and was about to get up. “We can’t stay here. We have to leave… remember that house dad told us about? We have to…”

“Kat… where is daddy… and mommy?” Irina’s voice was louder now, filled with panic and she grabbed her sister’s arm, unwilling to let her go. “We have to go back! We have to help them! Those men want to hurt them!”

The nine-year-old Katya looked at her younger sister and touched her cheek. Then, without the slightest hint of emotion the words left her lips – words that formed the unbearable truth.

“We can’t help anymore. Mom is dead… and they took dad with them. Come on now!”

Irina just stared into her cold face, then she slapped her sister hard while tears streamed down her cheeks.

“You’re lying! You mean little b*tch are lying! Mom forbid you to do that just to tease me! I HATE YOU!” She screamed, not caring for the soldiers who might still hear them, even if they were already far away. Before Katya could grab her sister, Irina jumped up and just fled into the darkness, not caring where she ran to. Her perfect little world seemed shattered, all her dreams of a bright future broken, since she knew deep within that Katya’s words had not been a lie.

She kept running, although her lungs seemed about to burst, until she could make out the shape of their large house in the distance. Reaching it, she stormed through the old metal gate and through the open front door into the house. Everything was destroyed, the most valuable things stolen.

Irina ran up the stairs. “Mommy! Mommy! I’m gonna help you! Where are you? I’m not gonna let them hurt you…” She searched every room, while the tears streamed silently down her cheeks, until she found the woman in the kitchen. She was lying on the table, her eyes closed, her dress soaked with blood and her skin bruised. The little girl started to cry, deafening, pulling at her mother’s hand. She climbed onto a chair, then onto the table and shook her mother’s shoulders slightly. When the woman didn’t move, she finally broke down in tears and pressed her little cheek to her mother’s chest, just as they had so often done when they were lying on the armchair where her mother had been reading to her.

She had enjoyed listening to her mother’s voice, feeling safe in her warm arms, and finally falling asleep with the rhythmic sound of her mother’s heart at her ear. Now all this was gone. The so familiar sound of her heartbeat was gone and suddenly Irina knew for sure that her mother would never read to her again. She wrapped her little arms around the dead body, unwilling to let go.

Her nightmare had begun with the awful sound of splitting glass and angry yells earlier that night. Shortly after that her mother had stormed into her room, pushing her outside into the dark floor, urging her to move faster.

“Run…” she had whispered. “Hide in the woods, sweetheart… you gotta go…”

“Mommy… what about you?”

“I’m gonna be okay sweetheart. Run…” She had pulled her daughter to her chest, then removed the little medallion from her neck and put it around her daughter’s little neck. “See, I will lend you this and you will give it back to me when we see one another again later. Alright? I promise, I’ll be fine! I love you, honey… now go…”

That had been the last time she had seen her mother alive. And now she was lying here, dead, her body slowly getting colder.

“Mommy… you’ve promised…” the girl sobbed then her voice broke.

It was about two days later when the woman found the little girl hugging the dead body of her mother. She was the daughter of one of the peasants in the nearby village and had barely enough to eat. So she was always looking around for work or something to steal. The broken windows and the open front door of the house had caught her attention and so she had entered the house, hoping to find anything valuable. But what she saw when she entered the little kitchen almost broke her heart. Her mind worked unbelievably rationally when she understood that the child was not dead, as she had assumed at first. She tried to pull the girl away from her dead mother, and when she refused, she softly loosened the little fingers from the clothing and took her into her arms.

At first Irina was unable to move, she just sobbed, her whole mind caught in a state of shock, her body weak from hunger and coldness, but when the woman went to leave the room, she started to struggle and beat the woman.

It took the woman quite some time to calm the girl down. “Your mother is dead, darling…” she explained softly and finally Irina broke down on the ground. The woman went to her knees next to her, unable to soothe the pain of the girl. When her tears had subsided, Irina just stared paralyzed at her little teddy which was red from blood.

The strange woman started to clean her face from blood and tears and finally smiled.

Irina just looked at her, refusing to let her take the teddy to wash it, instead she pressed it to her heart as if her life depended on it. Maggie’s face got serious again and she touched the girl’s cheek.

“It’s okay if you don’t want to tell me… Are you hungry?”

When Irina nodded slowly, Maggie smiled and lifted her up into her arms. “Fine… then I will take you to my house and arrange for a meal for you… okay?”

Irina just looked at her and Maggie carried her out of the house. She left the property through the gate and went onto the small stony way into the direction of the village.

She took the girl into her house and started to research about what had happened. She learned that the dead woman was Lady Tatyana Derevko.

English soldiers had raided the Derevko’s property that night, had raped and killed Irina’s mother, then kidnapped her father. She also learned that Irina had two sisters, one elder than her and the other one still a baby, and did everything to find them. The people in the village helped her and searched the whole region until they finally found them hidden in a house deep in the forest.

Two weeks after that, Irina’s father reappeared. He had been able to escape the soldiers before they reached the tower prison. Not able to express how glad he was that Maggie had taken care of his children despite the fact that she was so poor that she was barely able to buy enough food for herself, he took the woman with him to take care of the girls. After burying his dead wife, he left the region and settled far away in a new home.

Lord Sergeji Derevko hoped that the new place and the obviously warm-hearted, friendly woman would make his daughters forget someday about what they had been forced to experience that night.

He didn’t even guess how much the happenings had changed his two eldest daughters. Katerina and Irina had given each other the promise that they would live their lives taking revenge for the crime that had been done to their family. They were determined to kill the person who had ordered the soldiers to raid their house that night – Elizabeth, queen of England. 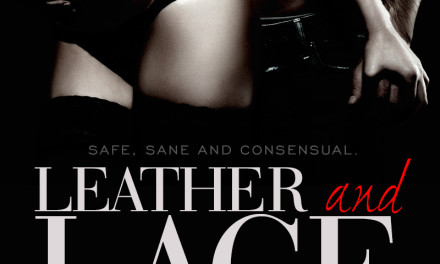