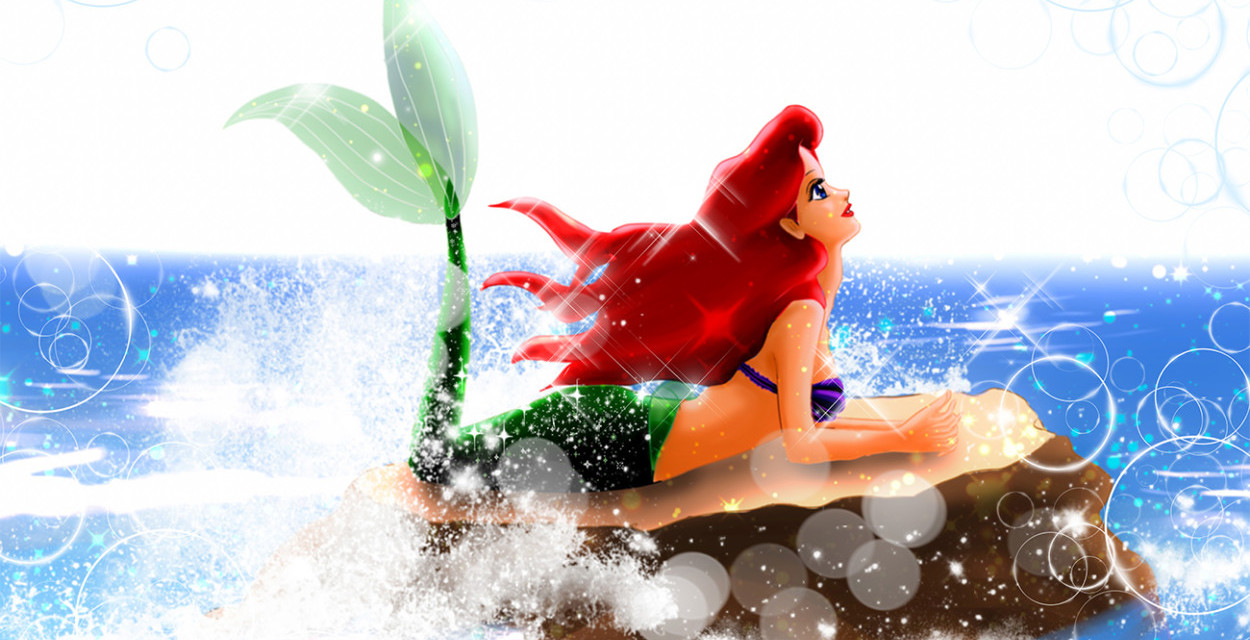 This is the digital remake of an old drawing that I made on paper when I was still in school. It is called “I’ll Never Forget” and was posted a few weeks ago in the Traditional Drawing Section. Since it was repinned on Pinterest some times, I decided to start on the promised remake now already, and… well… here it is.

This is quite different from the original, since it is a daylight picture (whereas the original was a nightly one). I am working on a night-version as well, which should be posted here somewhere in the middle of next week, and which is a lot closer to the original.

This image actually didn’t take that long to paint (it took about 9 hours – as opposed to the usual average of 25 hours), since I could work with the finished drawing that I made 12 years ago. I absolutely love the outcome and the happier theme. And I think the remake looks a bit more like Ariel than the original did.

As materials, I used my WACOM Intuos Graphics tablet (as always), as well as Manga Studio 5, and Photoshop CS5 for the finishing touches (such as Waves and script).